Just a few before/after photos showing what we do.... 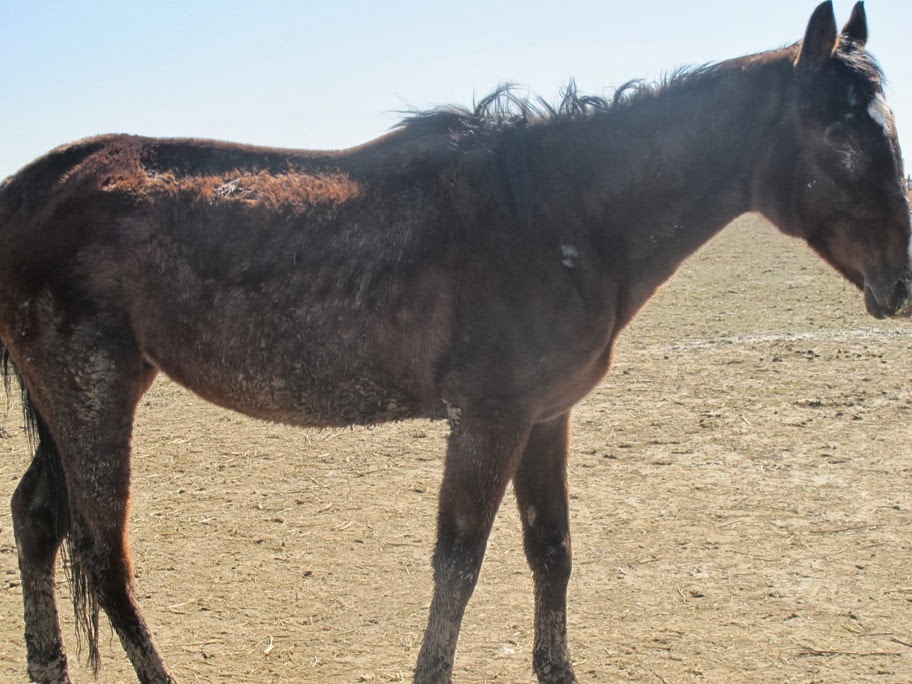 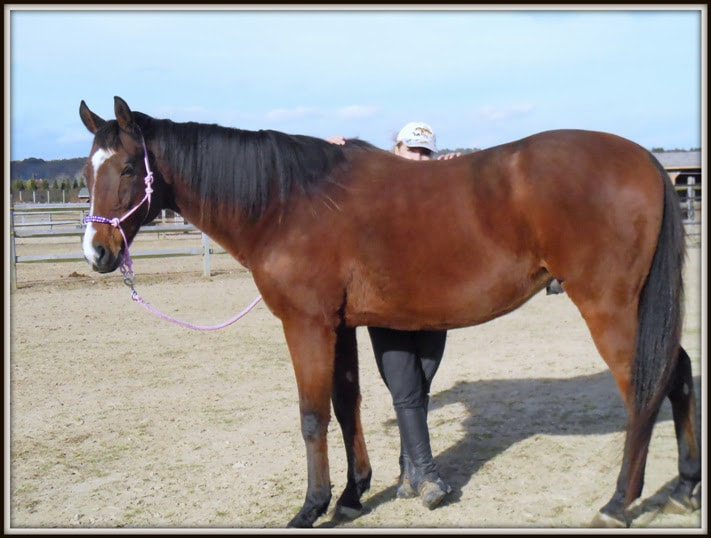 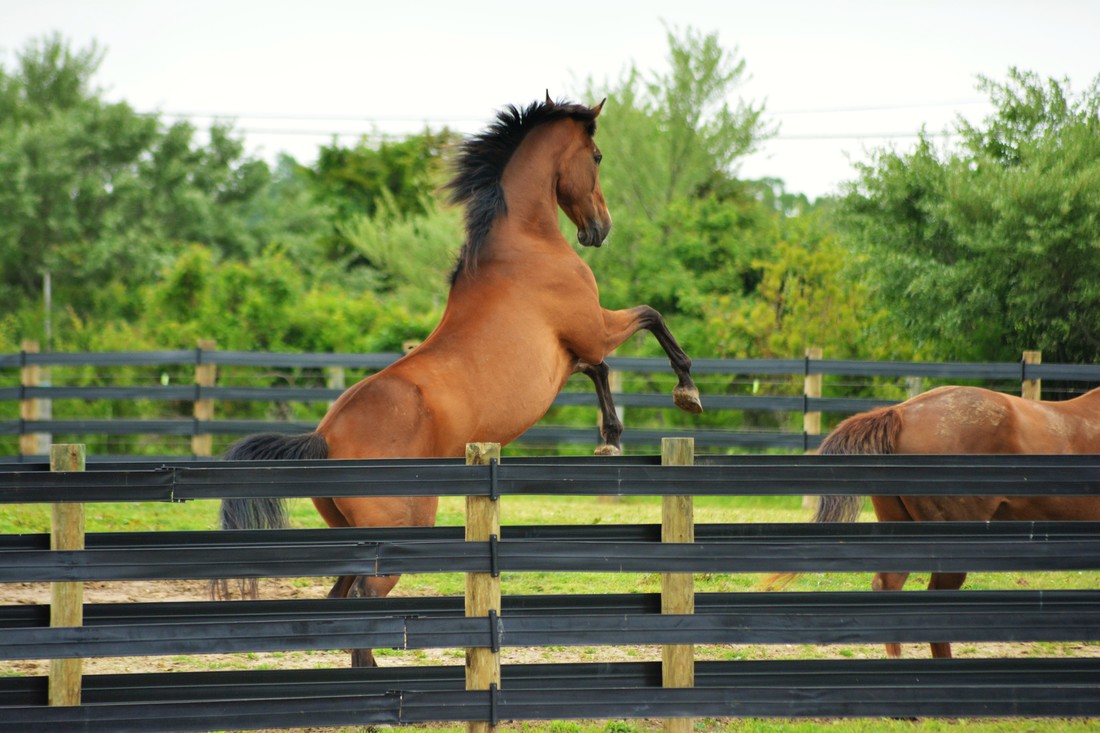 Above see Aragorn (racehorse Italian Skier) as he arrived and was restored and ultimately became able to fully embrace life again. 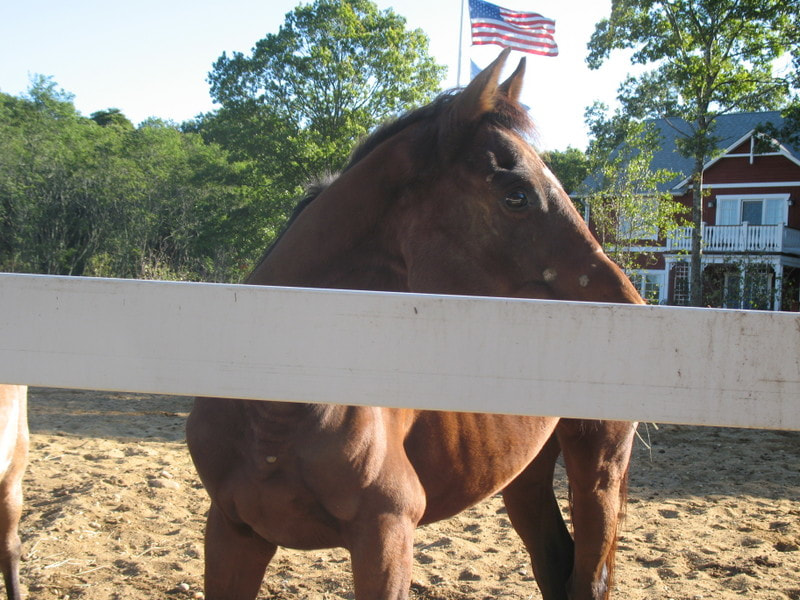 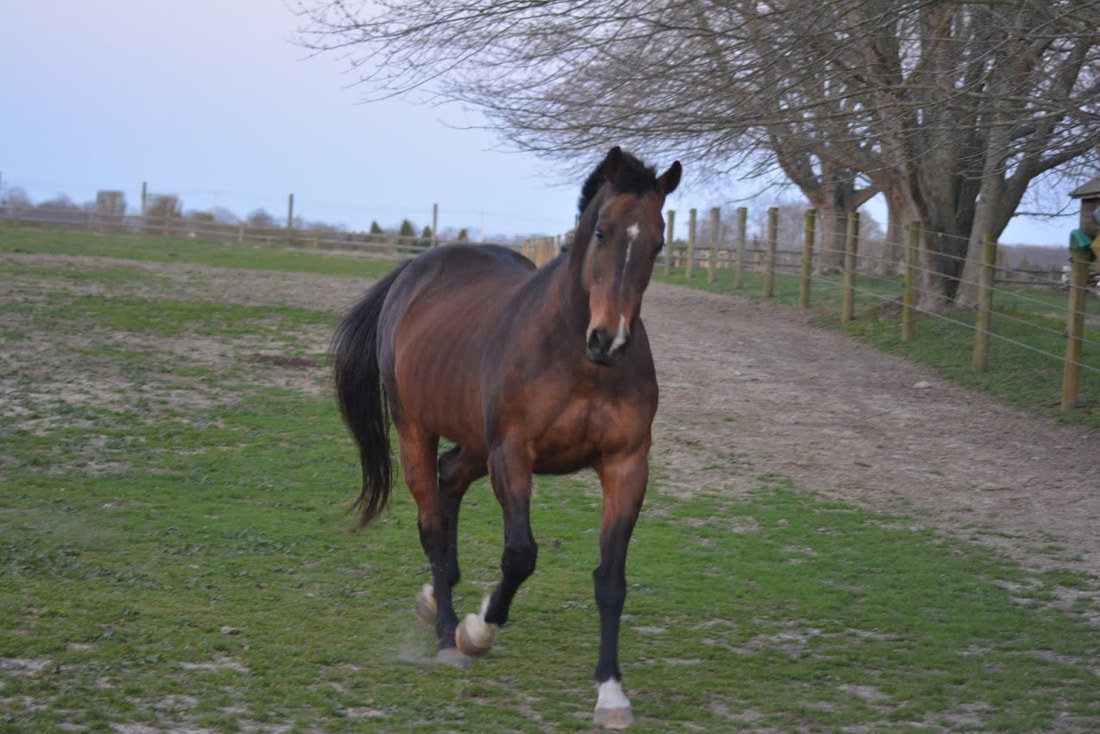 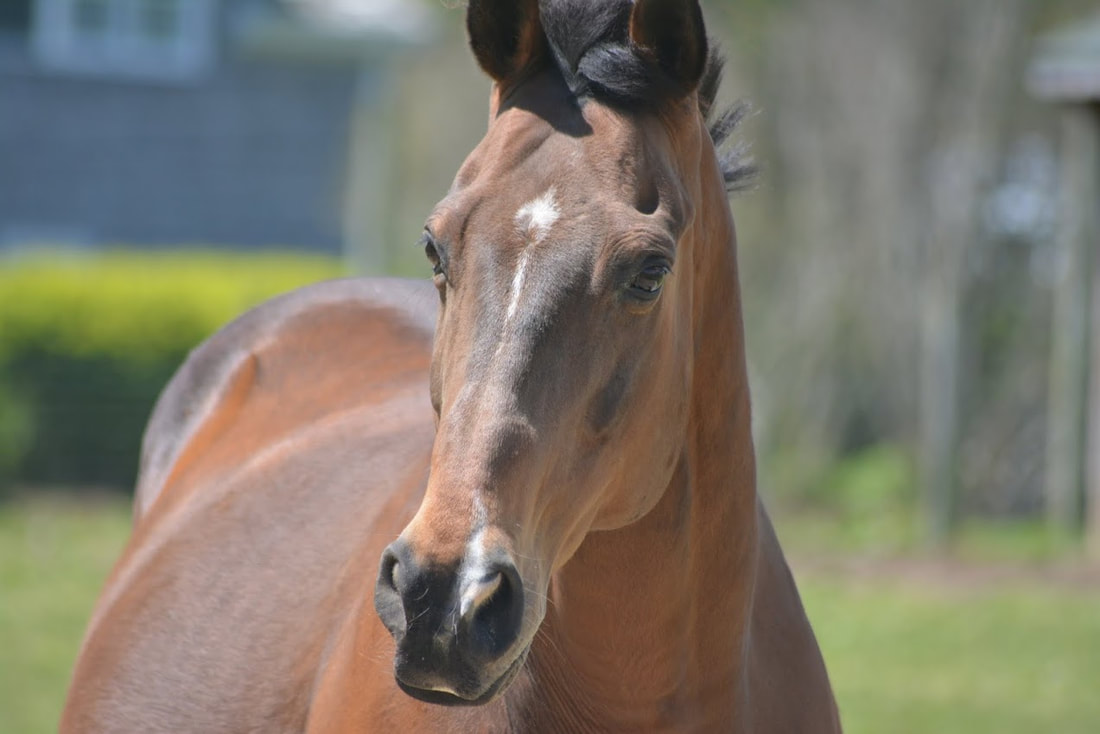 Above, Captain Jack Sparrow as he arrived from a western feedlot and was restored and ultimately found his exuberant self. 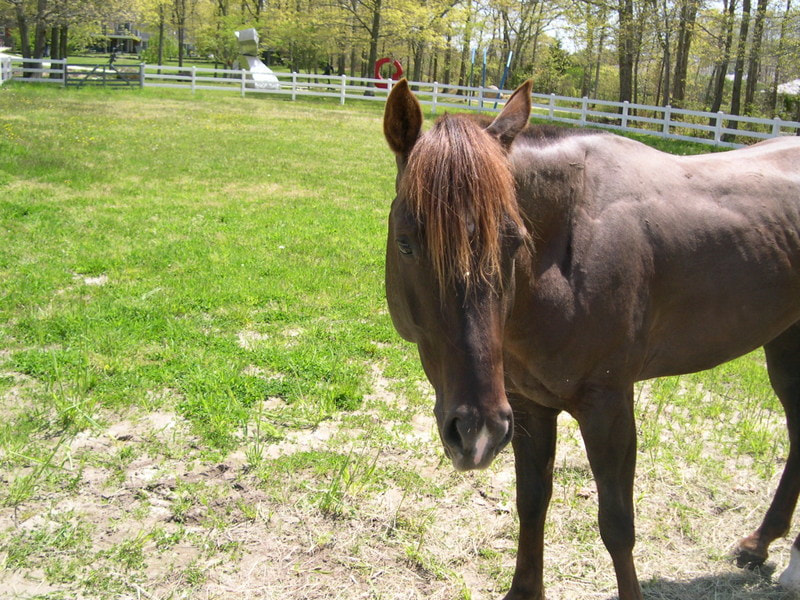 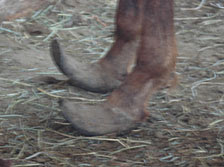 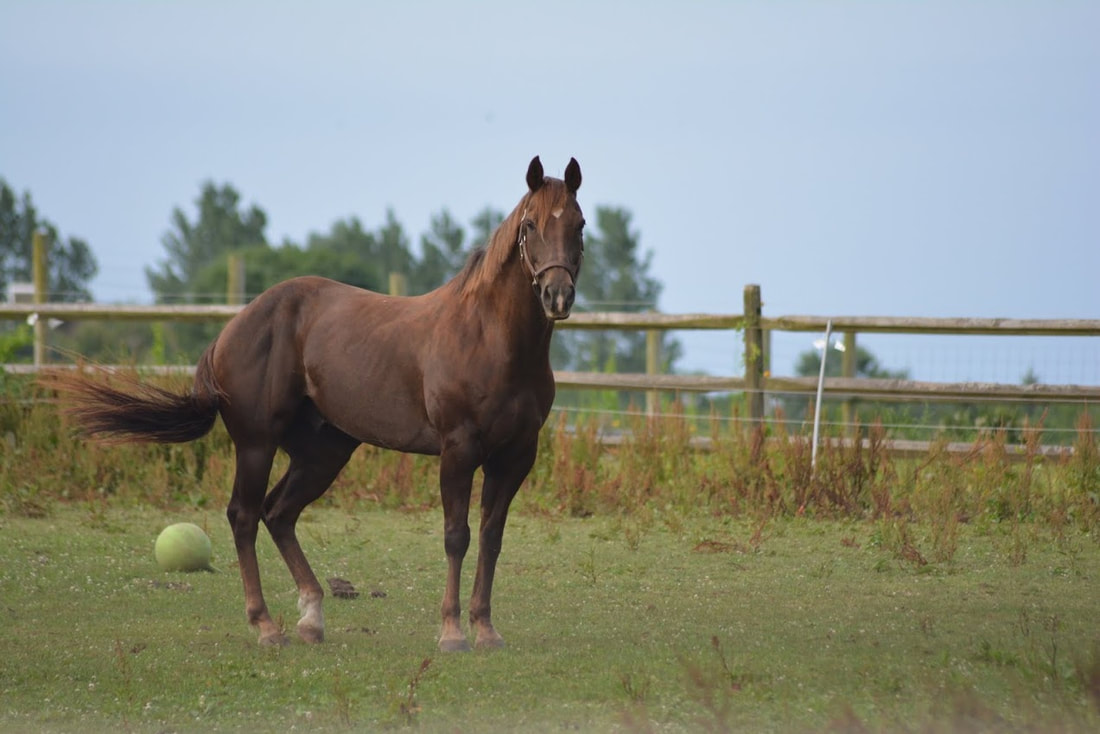 Above Elijah as he arrived, his hooves a nightmare. Elijah blossomed under knowledgeable care. All do. It takes time, expertise and love. 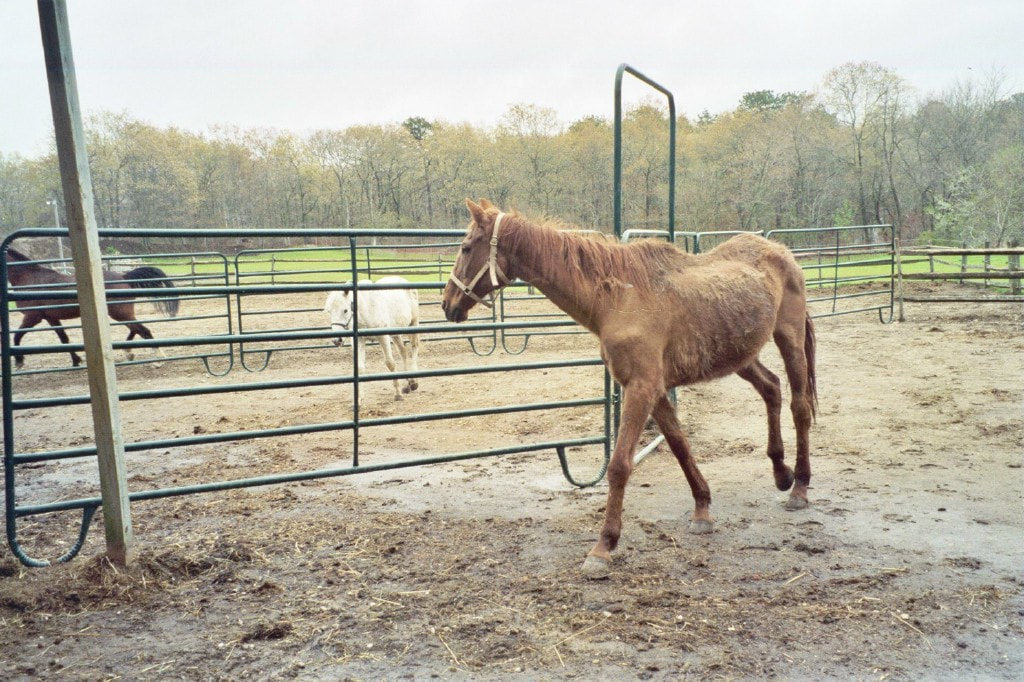 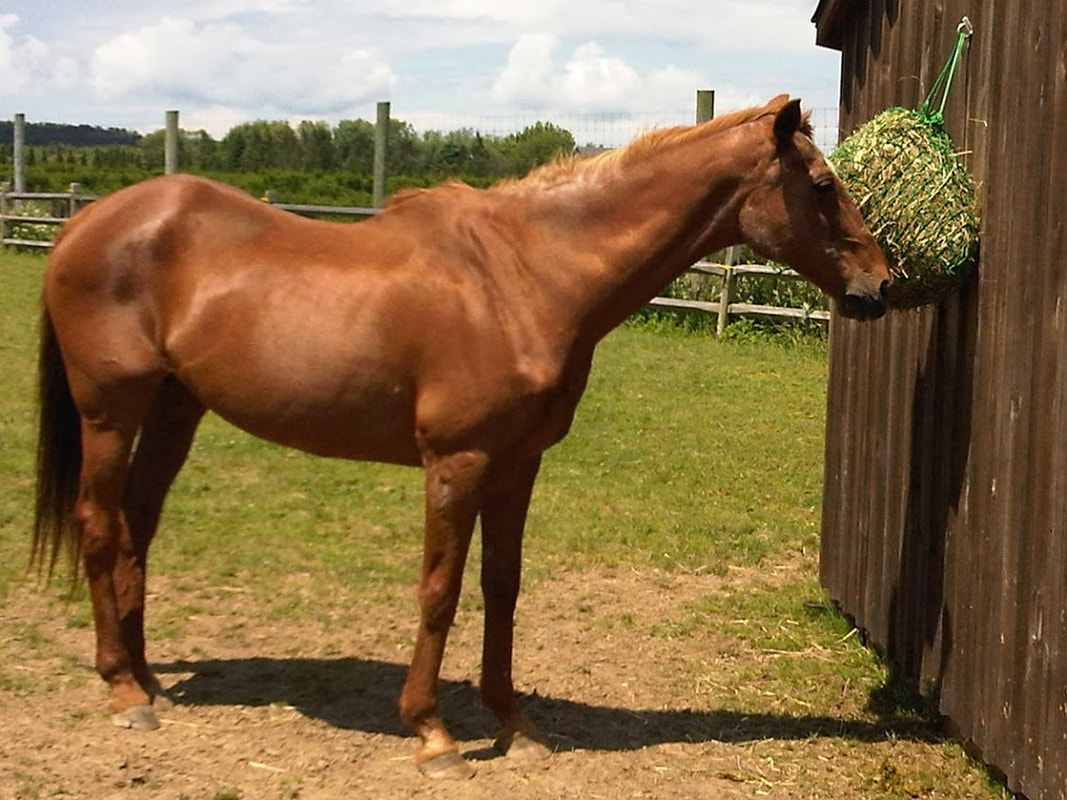 Above, Ginger (racehorse How Dry Cyane) as she arrived and was restored at 35yrs of age.
Mustangs

Simply put, welfare ranchers are using public lands for free food for their beef cattle, driving the mustangs from their homes. As with most things, it comes down to the dollar. Free feed makes for more profit. Banish the mustangs and replace with cattle. Increase profit.  Human population increase is steadily driving the wild animals out everywhere and Mustangs are not protected anymore. Not really.  They are tormented, captured and tortured on lands promised to them long ago. Human greed is why the slaughtering of ANY animal exists. What is easiest and makes the most money seems to be what drives too many people. Where have morals and good conscience gone?
Critical sites to gain knowledge on what is happening to our nation's wild horses right now:

​http://wildhorsefreedomfederation.org/
A side-by-side analysis of 2014 grazing data shows wild horses greatly outnumbered by millions of privately owned livestock across 251 million acres of western public grass and forest land.
The data includes 2014 year-end grazing receipts of $17.1 million published by the Bureau of Land Management (BLM) and the US Forest Service (USFS), a figure that equates to a livestock total of 2.1 million cattle. This is 37 times greater than the 56,656 free-roaming wild horses and burros estimated by both agencies in 2014.
Other BLM and USFS reported data show private livestock allocated 97 percent of the forage across all 251 million acres of BLM and USFS-managed lands. Wild horse and burros inhabit 12 percent of that land and are allocated 3 percent of forage overall.

Regarding slaughter... In the last session of Congress, the SAFE Act S541/HR1094 had 183 cosponsors from the House and 29 from the Senate, still it was tabled and died in Committee. As always. Almost all Americans are vehemently opposed to a horse being butchered and eaten, especially in light of the fact they are pets, companions, working partners and entertainment sources on the racetrack and in the show rings. Still, it continues. 140,000+ discarded horses a year crammed into trailers, handled by demonic freaks and slaughtered.

The new attempt at ceasing this barbaric end to a horse's life is the SAFE Act S1214-HR1942. Bottom line is why the hell are Americans allowing their beloved horses to cross to Canada and Mexico for a brutal killing?

Because they became inconvenient.

The massive animal cruelty fighting organizations of the nation, for all their billions of dollars combined have yet to put a dent in the destruction of America's horse by foreign butcher.

As long as people pawn off their responsibility, which in this case is a living, breathing, highly emotional, intelligent soul, horse slaughter will continue because the argument boasted by pro-slaughter lobbying groups is factual. People really do throw their horses out. What do we do with them? A horse needs PERMANENT guardianship. Not a rescue and temporary placement. They need the promise of the REST of their lives or they aren't really safe.

The MOST help you can be is to promise a horse you will always 'have their back'. The next most important thing is to lend your voice for the horses. Raise hell until their plight is acknowledged. Don't support activities that cripple horses because you then infuse those people with the urge to obtain and cripple more horses just for your applause.

Horse slaughter is horrific and must end. Stop the supply of horses and no law would be needed. Slaughter is profitable and the Americans hand off their horses to meet that demand, albeit often unknowingly. Support your legit local rescues/sanctuaries and your neighbor who just got laid off and has a horse.

Support a horse in a rescue like Amaryllis, where we literally cover 6 farms of horses keeping them fed, safe and meeting all their needs before our own.
The worst assumption we see almost everyone make is they think SOMEONE ELSE WILL TAKE CARE OF THAT.
That is why horses end up in trouble even in rescues.

Across the borders to the horse eaters

Some two years after the first reports from Animals’ Angels and our European partners at TSB (Tierschutzbund Zuerich) exposed the cruel conditions horses face in the slaughter pipeline in the U.S., Mexico, Canada, Argentina, and Uruguay, to the primary consumers in Europe, GVFI International , a major European importer of horse meat, has finally decided to act.
On Tuesday, the well-known company announced in a letter to its stakeholders that they will no longer be buying horsemeat from overseas.  GVFI received meat from both Bouvry and Viande Richelieu in Canada, so no doubt this will be a substantial loss to both suppliers.

In 2007 Rachel Distefano received national honor as the A.S.P.C.A awarded her Child Hero of the Year.  Rachel spoke at the illustrious NYC's Rainbow Room about how her friends knew little of animals, especially horses and how animal care should be taught in the classrooms.  Rachel knew then and takes action now. 19yrs of hands on experience with horses, 10yrs of rescue experience, 10yrs of educating other youths in animal care.  Ever striving to sensitize children to the plight of horses and other prey animals, Rachel has begun her Ambassador mission.  Children must understand to love and will protect what they love.  They will one day be running this country.
Reaching out to schools, libraries and centers of higher education, Rachel is speaking for the horses. Her engagements are simple, gentle and great fun.